How do I put on a condom?

To put on a condom, start by pinching the end with your thumb and index finger. In that way, you create about 2 cm of space where there’s no air above the head of the penis. That leaves room for the semen during ejaculation and prevents the condom from tearing. Put the condom on the head of your penis and unroll it along your erect penis. You can put the condom on by yourself or with your partner’s help, whichever you prefer.

It’s normal not to know exactly what to do the first time you do this. Before you have sex for the first time, read the instructions inside the box. If you feel nervous, don’t hesitate to head off to the bathroom. You’ll can put the condom on in private and it’ll be less stressful. If there’s anything that embarrasses or worries you, talk to an adult you trust or call us!

Got a problem with a condom ☂️?

If a condom gets broken, pierced, or torn during sex, it becomes completely useless. If it stays inside your partner, it’s not protecting him/her either. If that happens, carefully remove the condom. If it’s caught inside your partner’s anus, it will be expelled the next time they pass stool. Don’t hesitate to call Tel-jeunes to find out more and discuss the risks and the precautions you should take. 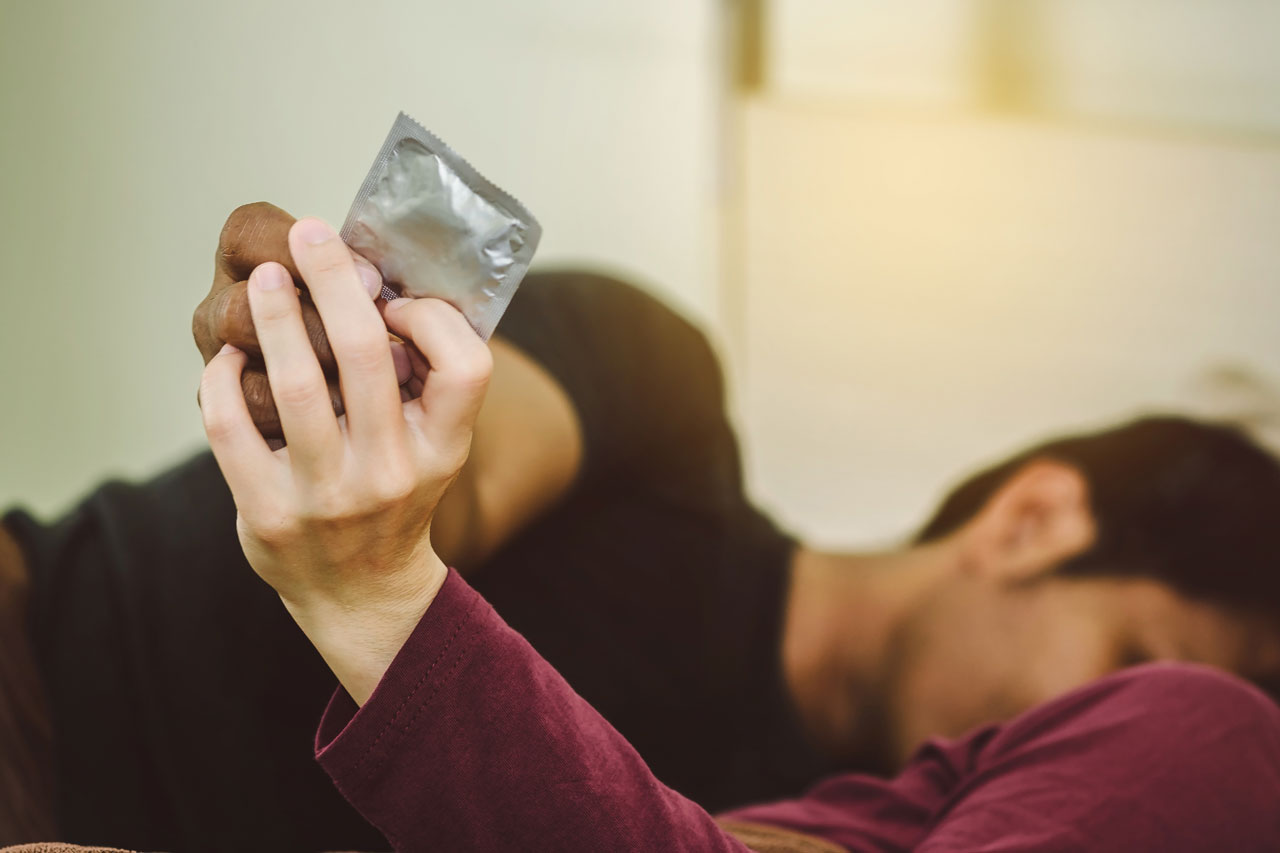 Condoms ☂️: lots of advantages, not many disadvantages!

There’s a reason why the condom is the most widely used contraceptive. It has lots of advantages and very few disadvantages.

Do you have questions about condoms? Don’t hesitate to contact us or talk to a counsellor or a health care professional.